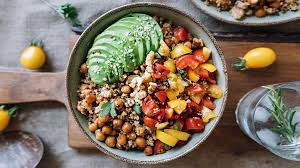 Certain truths are unpopular, prone to being swept under the rug, so to speak. This is especially so when those truths hamper the agenda of big businesses, and there aren’t many businesses bigger than the meat industry. Nevertheless, the evidence overwhelmingly indicates that animal-based foods are at the very core of numerous health problems.
Indeed, there are some horrific financial interests involved in the meat industry. Meat subsidies, for example, are staggering. Every year, the federal government subsidizes the meat and dairy industries to the tune of about $38 billion. Vegetable growers, on the other hand, only receive about $17 million in subsidies, which is less than 0.5% of what the meat and dairy industries receive.

Most people know that protein is a macronutrient and a necessary component of a healthy diet. Unfortunately, a lot of people are under the impression that animal products are the only adequate sources of protein, and neither the media nor the FDA go to great lengths to tell you otherwise.
Henry David Thorough, in his novel “Walden,” made a humorous observation about this, noting that a farmer’s ox had no difficulty pulling a plow with vegetable-made bones. Indeed, some of the strongest animals in the world are vegetarians; the claim that animal protein is necessary for building strength sounds reasonable enough, but it invariably collapses under scrutiny. It is more than possible to build strong bones and muscles without eating meat.

Health problems associated with the consumption of animal products

As tasty as they may be, the link between animal products and health problems is undeniable. Blowing numerous holes in a flawed international study, Harvard Medical School asserts that meat consumption, particularly red meat, has a strong positive correlation to:
• Cardiovascular disease (CVD)
• Type 2 diabetes (T2D)
• Cancer (particularly colorectal cancer)
• Premature death
The Harvard publication goes on to say that red meat is not a critical dietary component; you can find the same nutrients in poultry, fish, eggs and nuts.
As noted in the critically-acclaimed health documentary “Forks Over Knives,” scientists conducted a study using 12 rats. The rats were split into two groups of six. Both groups were exposed to a known carcinogen until they developed malignant tumors. After that, one group of rats was fed animal protein while the other was fed whole foods, plant-based diets. In the group fed animal protein, the tumors grew and metastasized. In the group fed a plant based diet, the tumors shrank and, in some of the rats, disappeared.

What is a plant based diet?

It is utterly inadequate to say that a plant based diet is just a diet based on plants, so what is a plant based diet? Plant based diets are diets that seek to provide all-around nutrition in the absence (or very limited presence) of animal products. Although the plant based diet benefits are incredible, it can be difficult to formulate and adhere to a plant based diet benefits that provides balanced nutrition. It does, admittedly, take more effort and diligence to get all your nutrients without animal protein.
Although it would be ideal, it’s not necessary for you to cut meat out of your diet entirely to reap the benefits of a plant based diet; a good start is to be aware of how excessive American meat portions are.
Every year in the United States, Americans consume more than 26 billion pounds of beef alone. If you’re like most Americans, your meat portions are several times larger than what the FDA recommends.
The recommended meat portion is three to four ounces, which makes a 12-ounce steak problematic. Americans, per capita, consume about 198 pounds of meat annually, which is more than every other country except Australia, whose meat consumption is comparable to that of the United States.

As much as you probably love meat (and nobody’s blaming you), it simply isn’t good for you. These health risks are amplified by the sheer amount of meat in the average American diet. Animal products, particularly red meat, greatly increase the risk of heart disease (the number one cause of premature death in the United States), diabetes and cancer. Limiting your consumption of animal protein and eating a plant based diet can add years to your life and greatly increase its quality. Unfortunately, you simply can’t rely on government regulatory agencies or popular opinion to look out for your health.